Cancer Diagnosis Was A Surprise To Megadeth Co-founders

Megadeth frontman Dave Mustaine’s cancer diagnosis came as a surprise to band co-founder David Ellefson, who says that there were no apparent symptoms that caused any concern.

Mustaine revealed the throat cancer news to fans last month and during a SiriusXM appearance, Ellefson was asked is he knew of any health issues before the diagnosis and he replied, “No. Not at all. In fact, that’s why it was very surprising, even to him. One thing he said, ‘Hey, you should go checked too.’

“I don’t know how they discovered it. I was in Europe doing stuff [earlier in the year when Mustaine was taking part in the ‘Experience Hendrix’ [tour]. But, obviously, we were communicating; we were working on writing a record; we were sending files back and forth and stuff. For me, and for the [rest of] the band, it really came to light while we were down [in Nashville] working on the record.

“And once [Mustaine] got a treatment plan in place, that’s when the decision was made, ‘Clear the decks.’ And, really, that wiped the entire fall off the entire calendar except the [band’s upcoming Megacruise].” 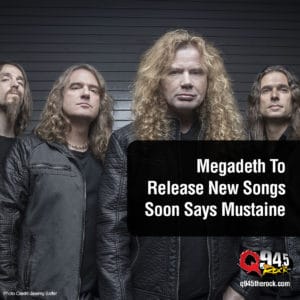 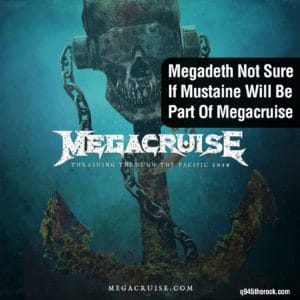 Megadeth Not Sure If Mustaine Will Be Part Of Megacruise 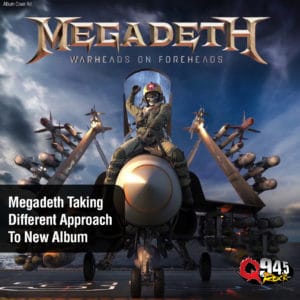