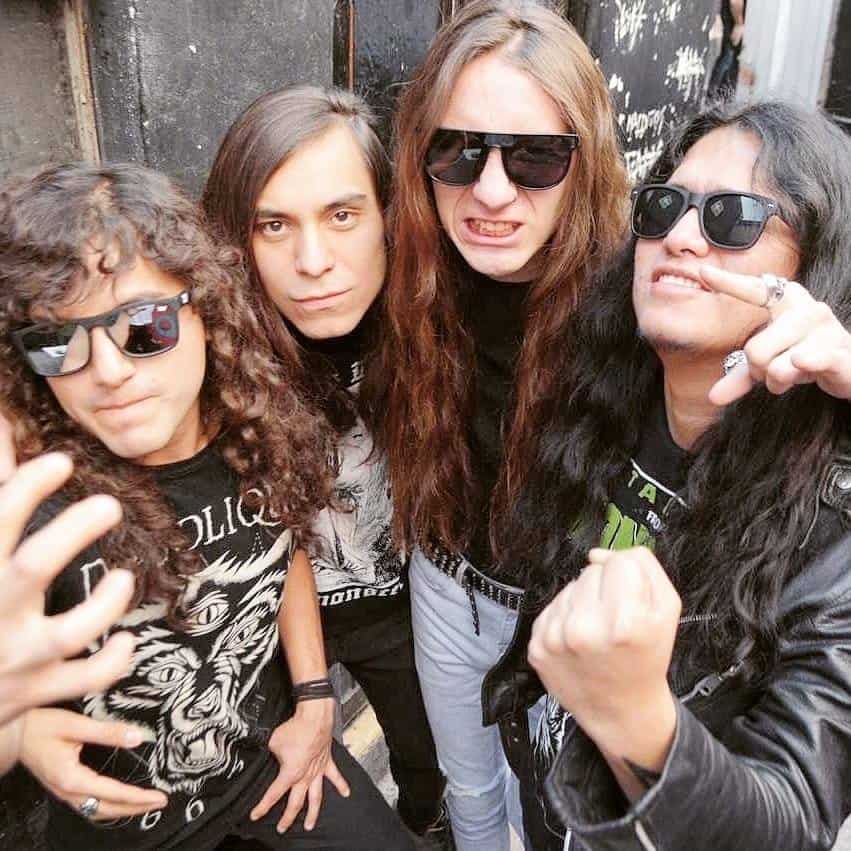 Every Friday from 6pm-7pm Q94.5FM puts the spotlight on local talent.
Listen live to Q94.5FM or stream at q945therock.com

...And The Hero Prevails

…And The Hero Prevails has been together since '09 with no plans on slowing down. 2018 was probably our most succesful year opening up for bands like Smile Empty Soul, Fuel, Upon a Burning Body, Volumes, Orgy, Saliva, Puddle of Mudd, on Q94.5 twice, traveled Texas, and of course had the performance of a life time playing main stage at State Farm Arena all in the span of a year. So we truly believe 2019 is going to be even bigger and better for …ATHP, starting with the release of our first single tilted ''9*5*Sick''. We'll also be releasing our very own Pop Goes Punk cover EP featuring songs from artist like Bruno Mars, 21 Pilots, Zayne and Taylor Swift, Chance the Rapper, and The Weeknd with our own …ATHP twist.

It was an extremely fun project to work on and we're looking forward to seeing peoples reaction to something different from us, we're also working on a fourth studio album and an acoustic rendition EP with 20 plus demos on the back burner. So with this being the most content we've released in a such a short amount of time we know we're going to turn some heads. 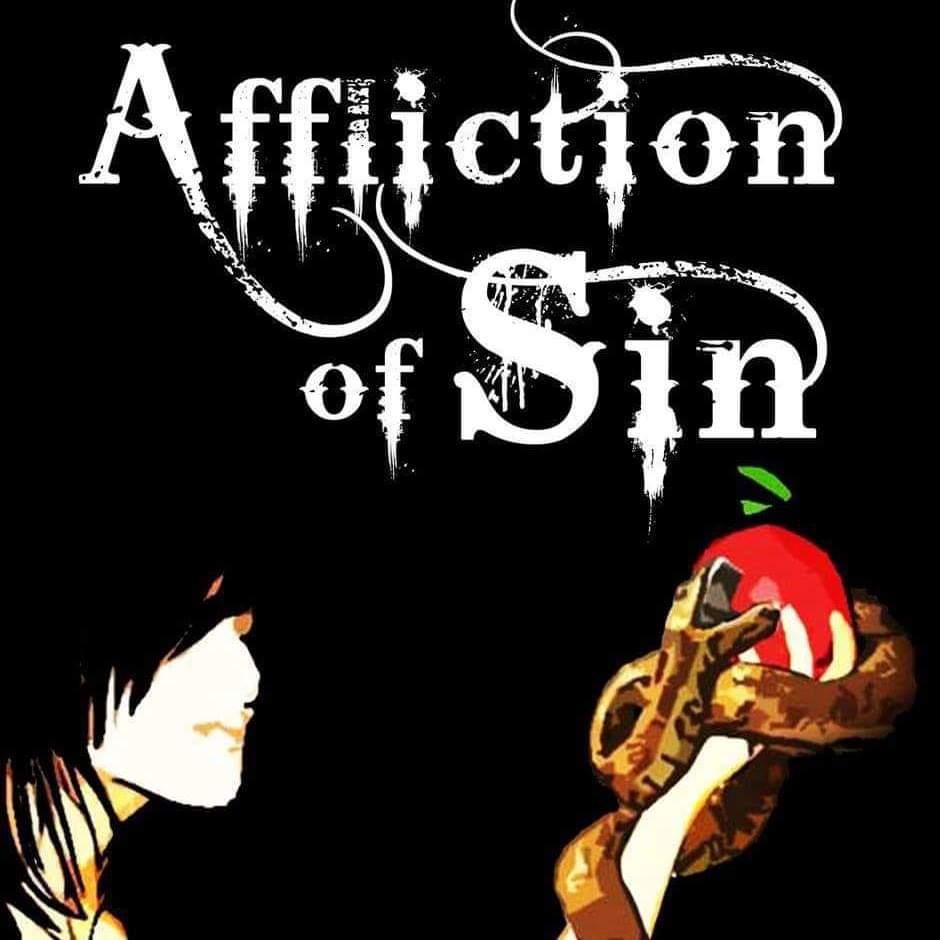 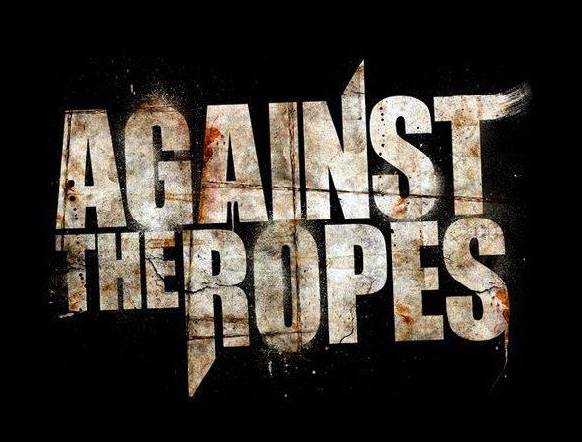 Born in Reynosa Tamaulipas in 2010 with members from McAllen and Reynosa, Against The Ropes is a Nü Metal Core band that has played in shows around the Rio Grand Valley and their neighbor border cities including Nuevo Laredo, Matamoros and of course Reynosa.
The seven founding members include:
John Ropes on vocals
Demon Rope as Lead Guitar
R.F. in Rhythm Guitar
Peter on Drums
Ivan in Bass
Alvarock on Percussions
Hectrus Rop in Percussions and Backing Vocals
The band has played in concerts alongside international bands that include Molotov Solutions, Piñata Protest, Brujeria, Maligno, Here Comes The Kraken and Misfits.
Recently in mid 2018 the band released the EP Glasses receiving great reviews and good acceptance.
Later in December 31 of 2018 the band released their first official music video of the song Glass, receiving also very good reviews.
Right now the band is ready and planing their booking for next live shows.

Straight from the heart of The RGV Tx comes the reprehensible sounds of AmenDed music. AmenDed is an all original alternative metal band forged is the flames of South Texas. AmenDed has branded itself in the earholes of many personages all around The RGV, leaving it's premonition of sadistic melodies and vile lyrics in one's recollection.

Raw, untamed, powerful and precise, these are the best ways to describe Archangel A.D. a band that channels the classic aggression and songwriting of the Big 4 with an original modern sensibility. Formed in 2015 and currently touring across Texas while focused on hitting the national stage; Archangel A.D. has performed with national/international and Texas based metal acts including: Adrenaline Mob, Bobaflex, EYEHATEGOD, Methedras, Paralysis, Cerebral Desecration, Confused, Luicidal, Panteon, Overt Enemy, Pig Weed, Violent Vendetta, Ratchet Dolls and dozens of local bands never failing to blow the crowd away!

Artisteo is an underground indie-punk one man band act with originals of psychedelic overtones similar to acts such as Tame Impala, The Strokes, and NOFX. Artisteo also faithfully covers songs from Classic rock acts such as Neil Young, Johnny Cash, and Tom Petty. Using outboard analog technologies, Artisteo is able to bring a big band sound to any venue playing several instruments simultaneously. Artisteo has played all over the RGV including pit stops in Austin, Indiana, Chicago, and more in 2018. 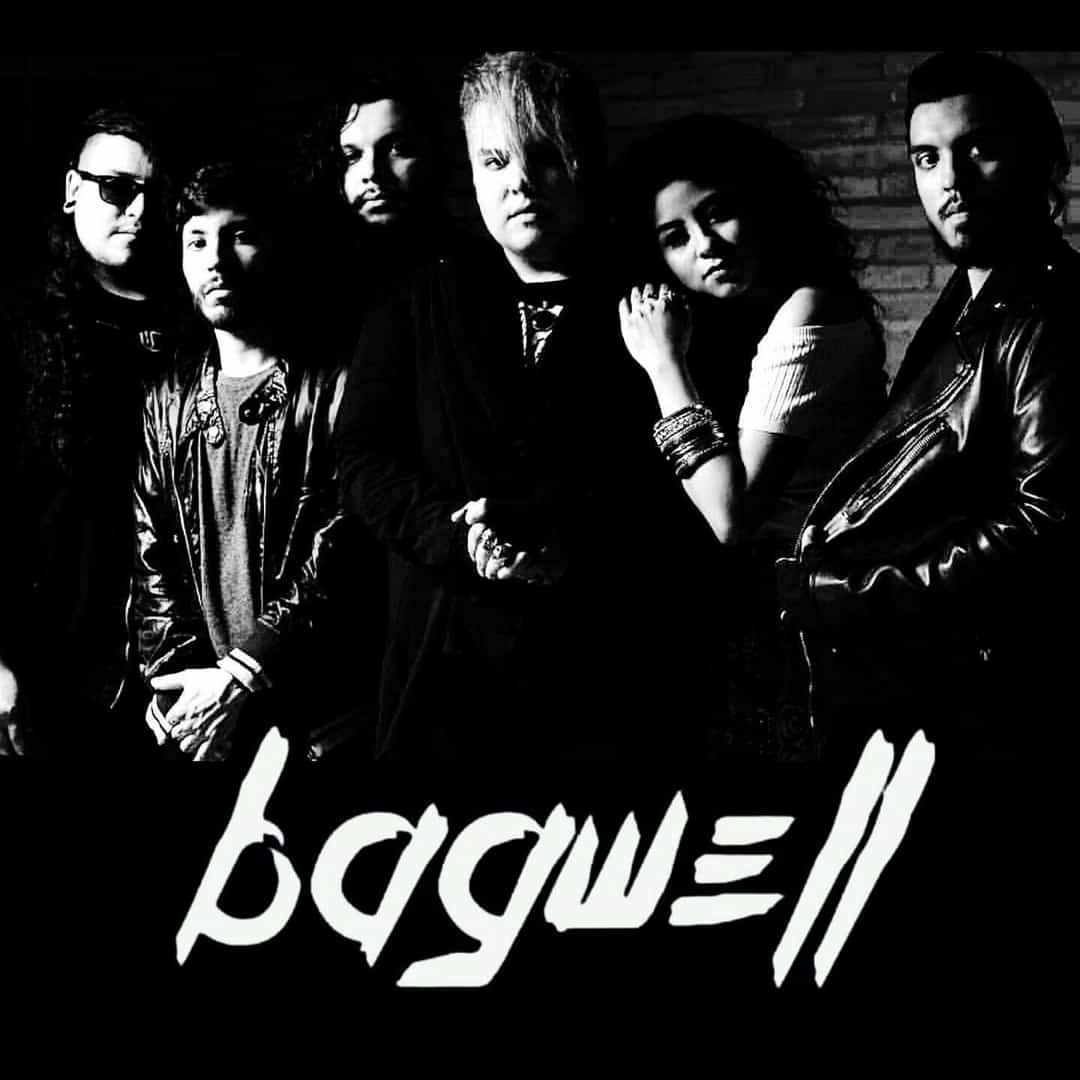 Bagwell is an Alt-Rock Band from Pharr, Tx. The band was originally formed by Singer, Rob Kingsand Ross Pena in Fall of 2016. The current line-up consists of Rob Kings as well as Samantha Rodriguez on vocals, CJ Reyes on Lead Guitar, Ross Pena on Rhythm Guitar, EJ Luna on Drums and Jordan Maya Rosales on Bass-Guitar. Members EJ Luna, Samantha Rodriguez and Jordan Maya Rosales joined the band in the beginning of 2018 then shortly after,the band released their Self-Titled EP on April27th of 2018.

From the South Texas town of Mcallen as well as counting on a eclectic mixture of Mexican, Puerto Rican, and Texan blood running through their veins these forces of nature pour out their souls in each and very song. Hotel Diplomats explore their thoughts through the means of rock n roll, blues and folk music having such influences as the Black Keys, Queens of the Stone Age and Tom Waits among others. Hotel Diplomats believe in music and it’s importance in improving and reporting on different aspects of the human condition and have made it their mission to do so. take a listen and enjoy. 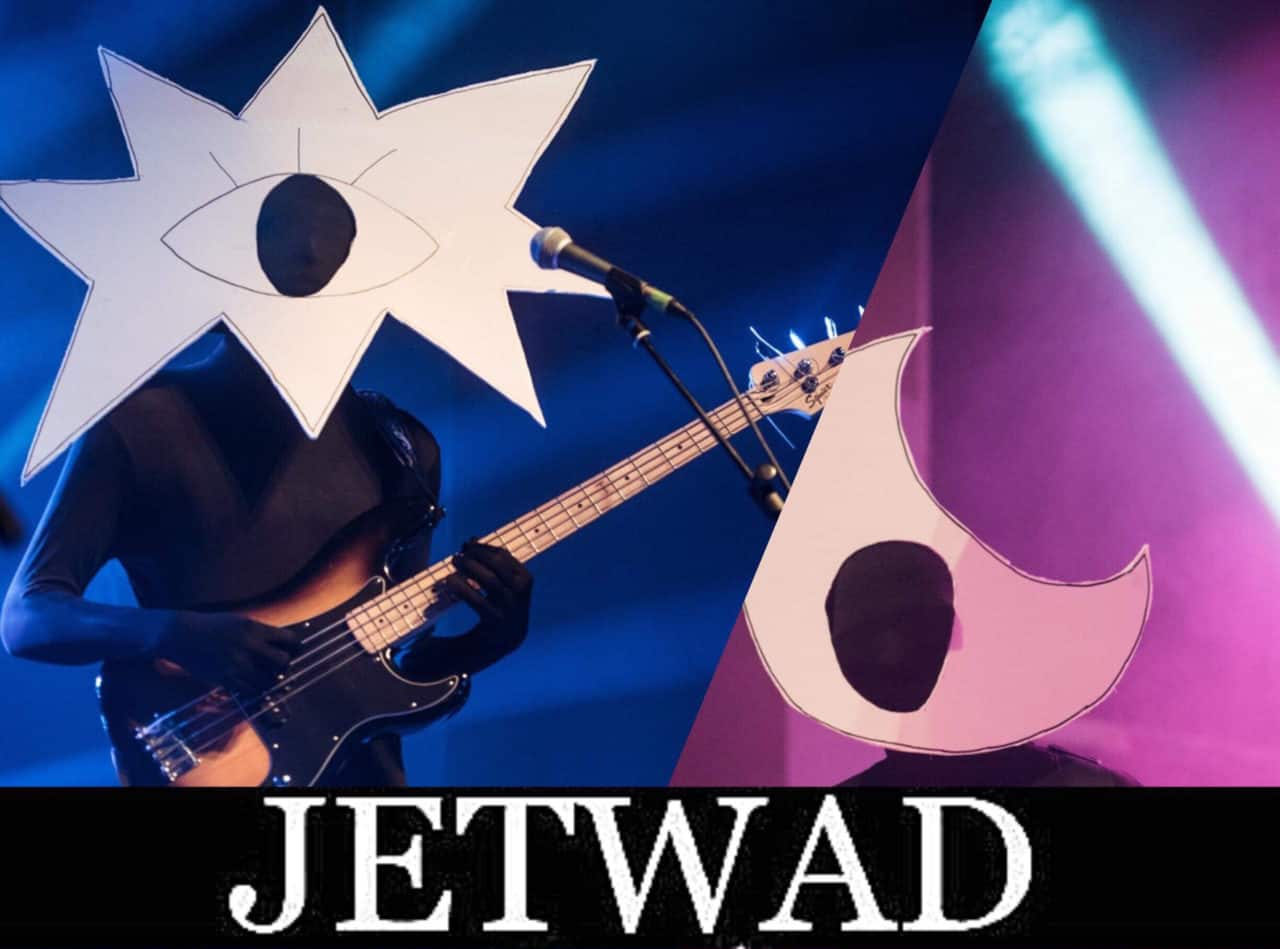 We're a post-rock, alternative, noise pop band from Mercedes Texas working our way to achieve better things through our lives into music and bring a memorable sound to the table.

Mars Overdrive is a South Texas rock band formed in 2015 in Mission, TX. In the Summer of 2016, after having written new material, the band recorded their first full-length album. On August 24th, 2017, Mars Overdrive released their album "In the Light of Day". 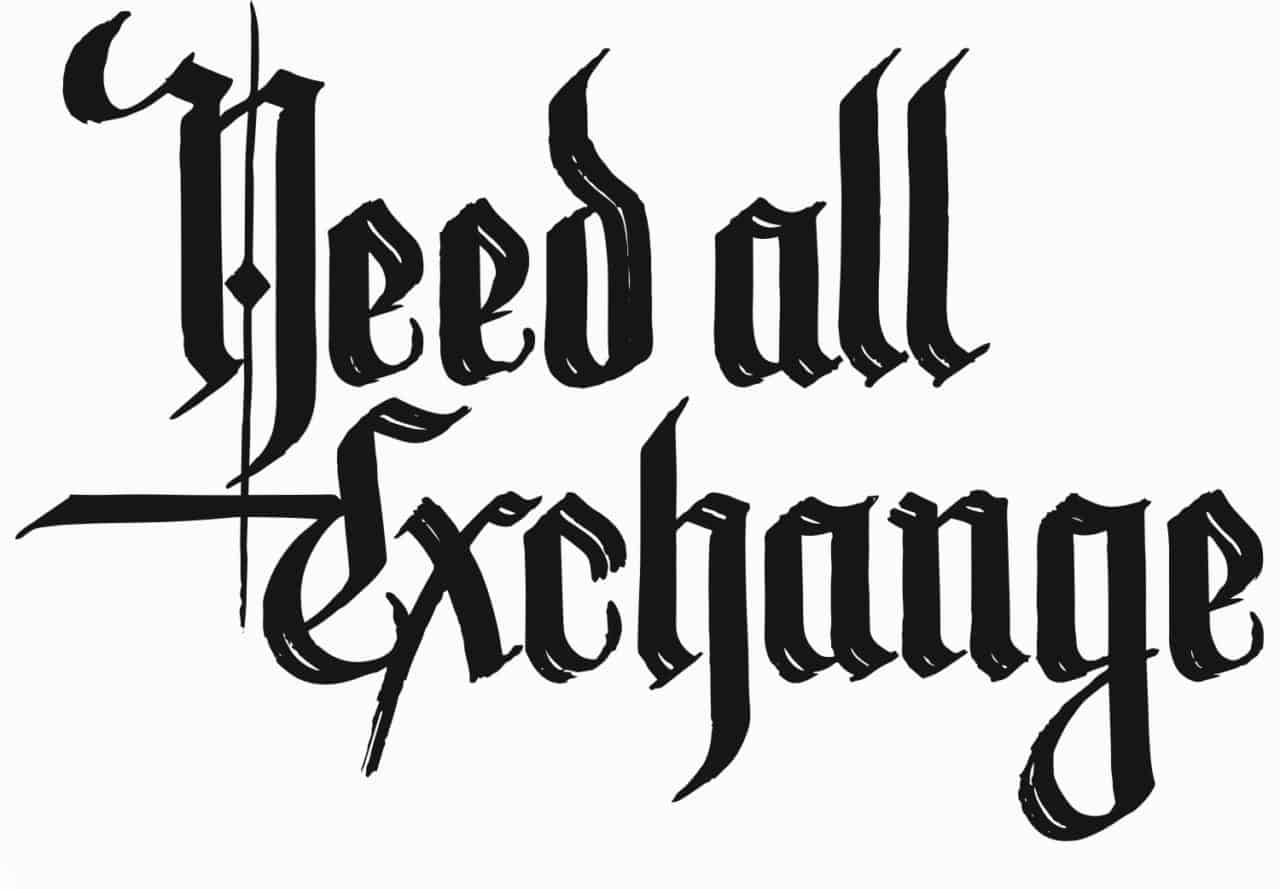 NEVER BURIED continue to reinvent themselves and the modern rock of today with the determination to call forward a new generation of humans who won’t sit down and let others dictate their dreams.

Vocalist Chris Castro says “There is too much noise in the world right now and in the music industry. Too many distractions from what’s really important. We are the voice for those who cannot speak; we are the outlet for those who cannot express themselves enough. No one can stop us; nothing can get in our way. Move over or get run over. We are coming for you.” 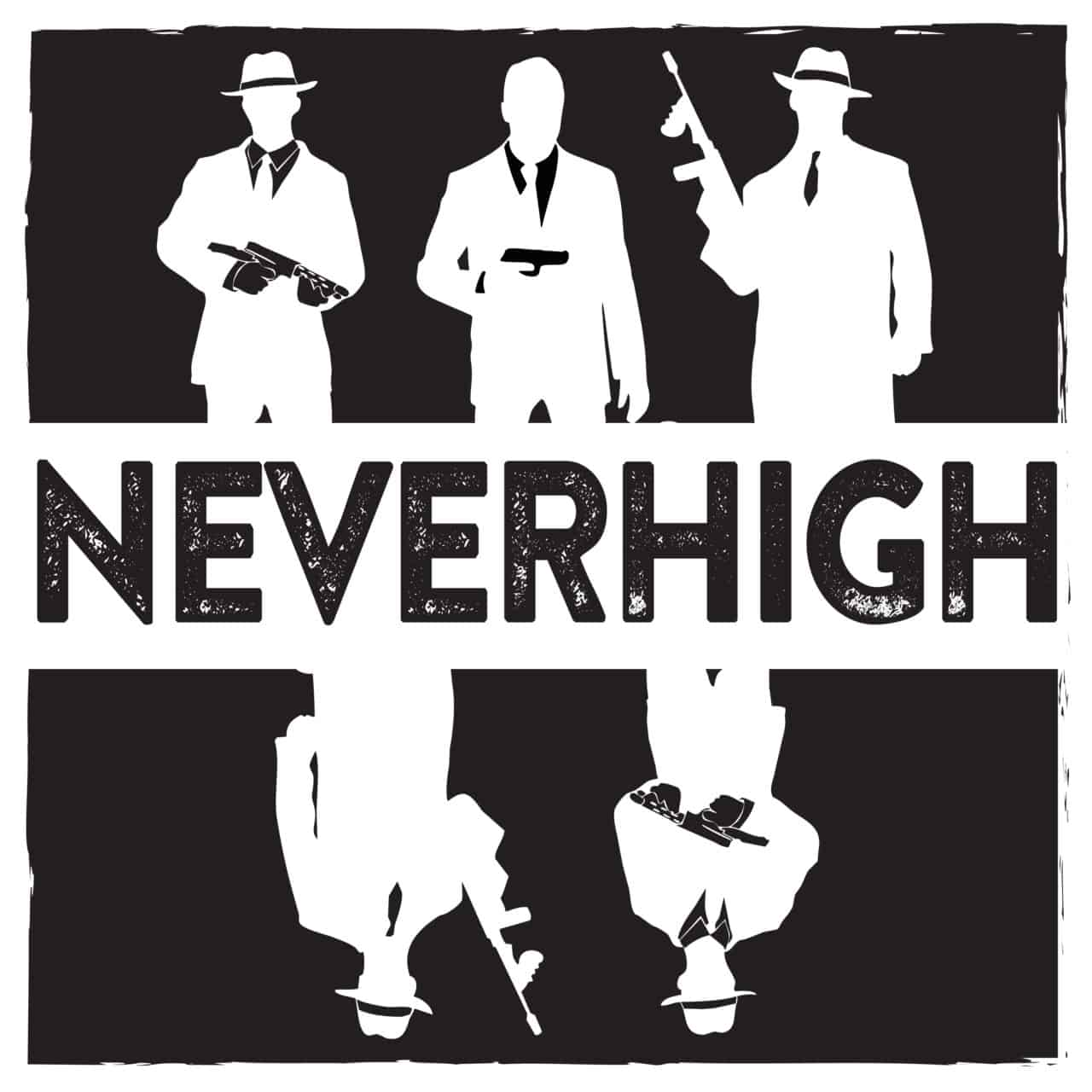 Band from South Texas that believes in spreading the gospel of rock n roll. This band wasn't created in a lab. We don't have hired guns writing us hits. This is real. Real guys playing real music that deals with real issues and rocking out while we do it.

The bus is about to take off and we got a seat reserved for you. Buckle up and enjoy the ride!

October Roar consists of Adrian Varela (Vocals), Sean Casarez (Guitar), Matt Ruelas (Guitar), Rey Cabrera (Bass) and Ivan (Drums). In development since 2005 October was not complete until 2011. They frequent the metal/rock/punk scene in deep South Texas but are no strangers to bigger market cities like San Antonio and Austin. 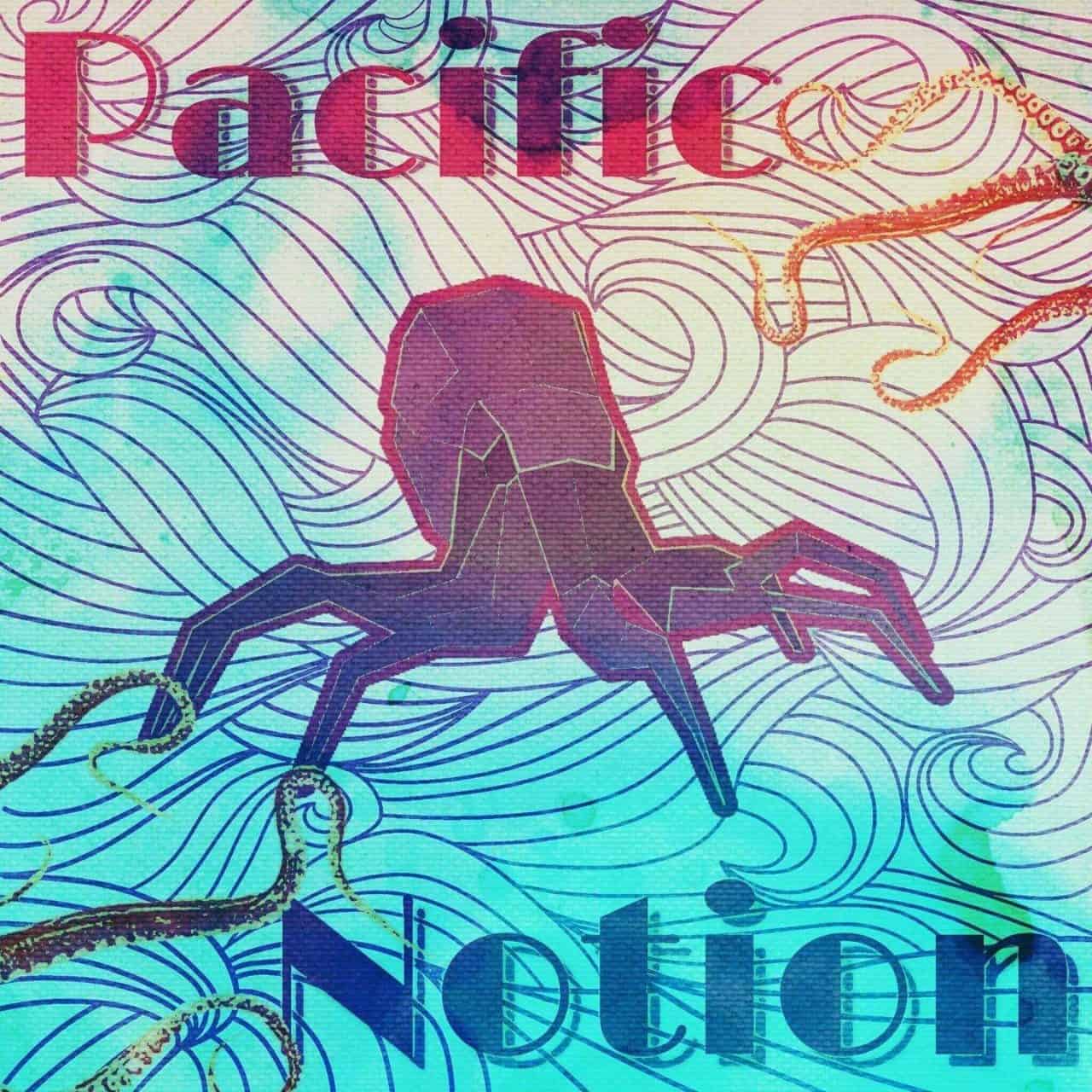 A local indie rock band out of the mid valley inspired by the sounds of the 90s Cali rock scene. 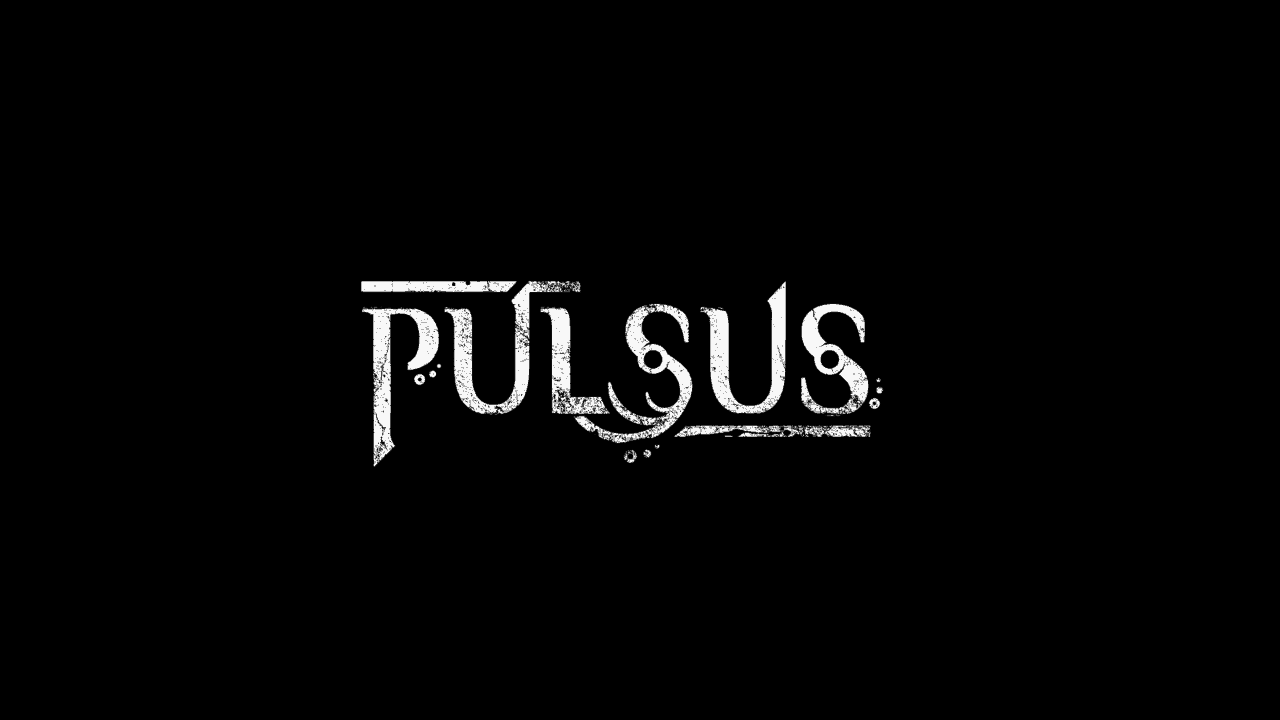 Pulsus was formed in Brownsville, Texas in February of 2015. Influenced by a variety of metal sub genres, Pulsus brings a fresh sound to the heavy metal world. The group has played all across the state of Texas with many up and coming acts.

Pulsus partnered with Confused Records in fall of 2018 and released their debut EP, Verde in December of 2018.
Verde is available for streaming worldwide. 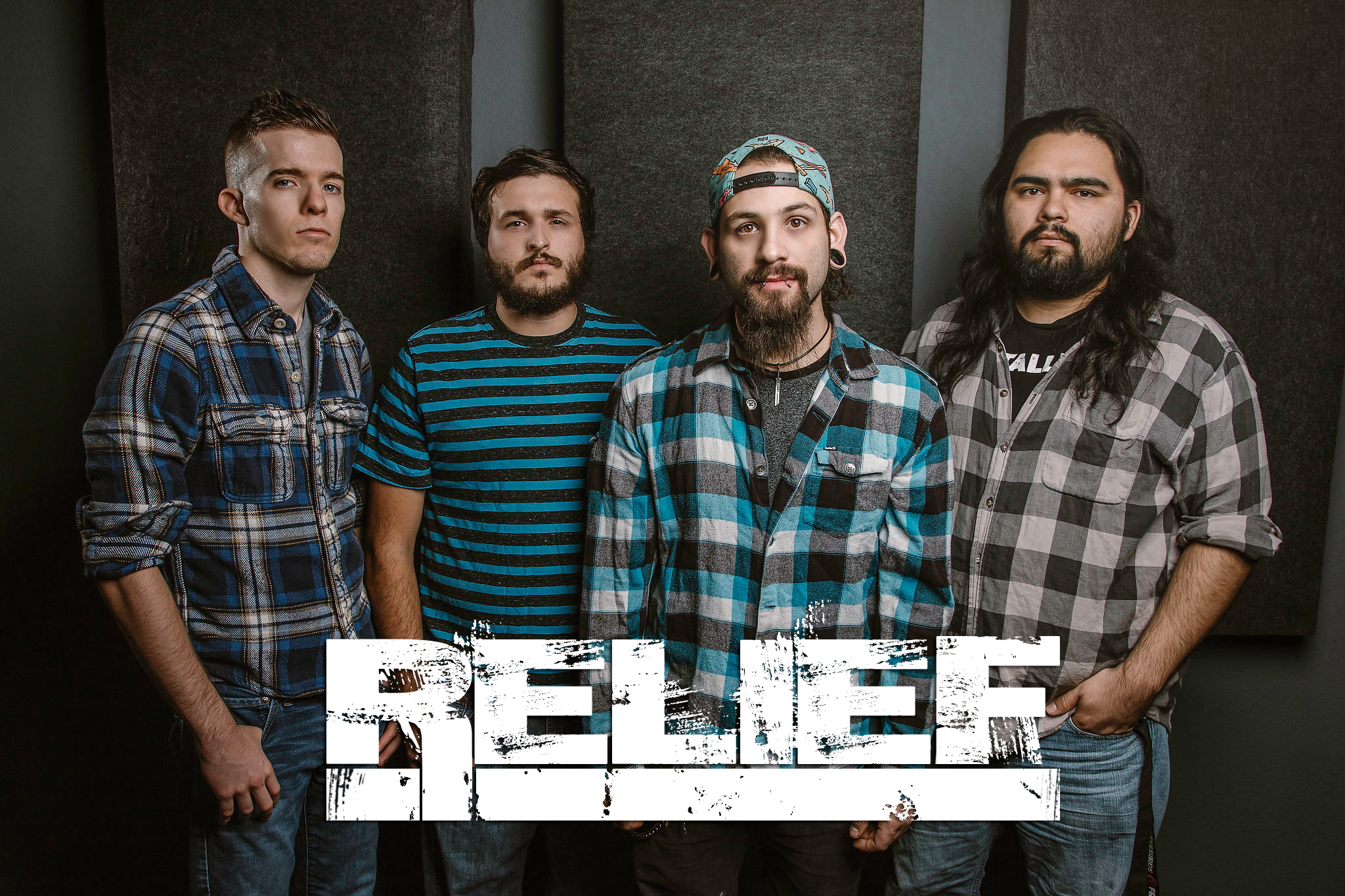 An alt rock band with a prominent 90's grunge sound relief is out there to bring the 90s back in a smooth yet modern way.

Scarlett O’Hara is a Billboard chart topping Mexican-American Metalcore band from McAllen, Texas, formed in 2008. In 2010, while all under the age of 17, the Band released their major label debut album titled “Lost In Existence” via Rise Records and began touring in support of the release. Released on August 8th, 2018 to critical acclaim, the new album “Welcome Back To The Brodeo” debuted on several US Billboard charts including: #19 Hard Rock Album Sales, #20 HeaterSeeker Albums, #1 Heatseeker (South Central) as well as #25 on the iTunes Metal chart for its release week.

Scarlett O'Hara has shared the stage with some of the biggest acts in the genre such as Bring Me The Horizon, The Devil Wears Prada, Asking Alexandria, UnderOath, ATTILA, Motionless In White, and many more during their 10 years in the touring circuit.

Formed in 2008, Scarlett O'Hara has been a mainstay in the Metalcore community ever since, pushing the genre further with their high paced signature style now known as South Texas Metalcore, an unrelenting barrage of sound that'll make you think you were kicked in the face by a pissed off Bull. 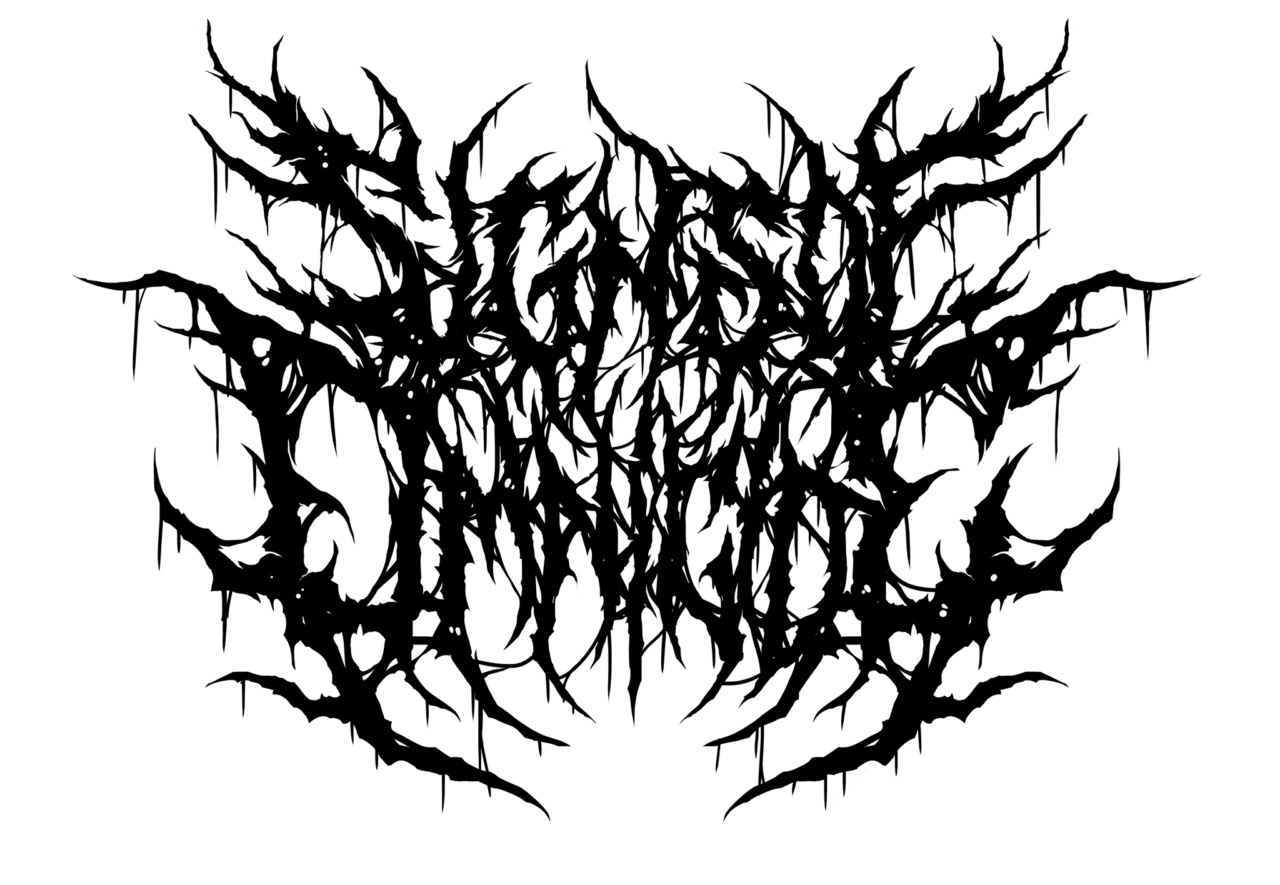 Signs of Omnicide is a Death Metal band from Brownsville, Texas formed in 2016. Signed to Inherited Suffering Records In 2017. Currently in studio in the early stage of pre-production, for album number two.

Band from the Rio Grand Valley with an Alternative Rock Sound. 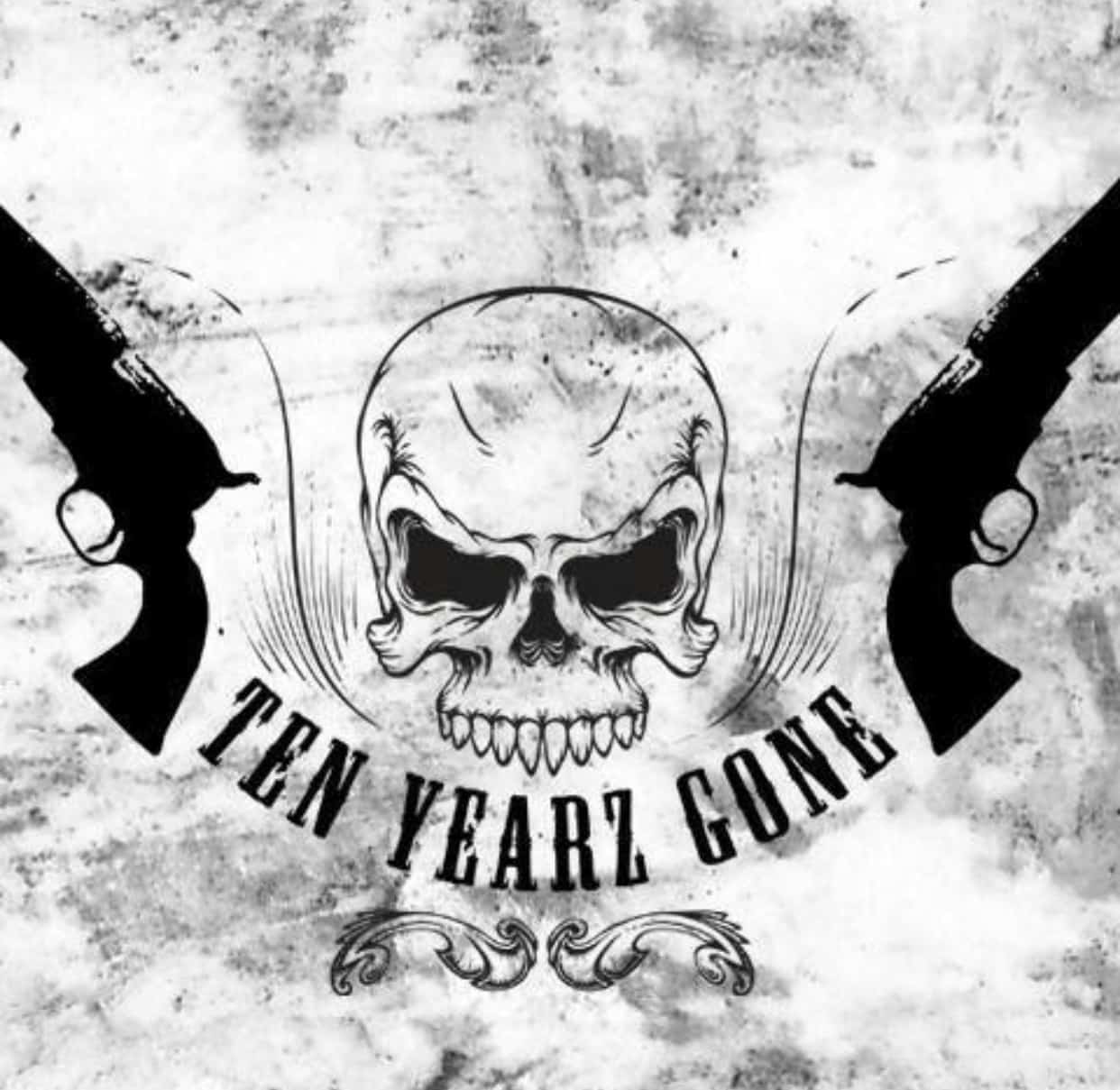 For over 10 years we have been a proud cover band of mostly classic rock and heavy metal. We love to rock out for you guys. 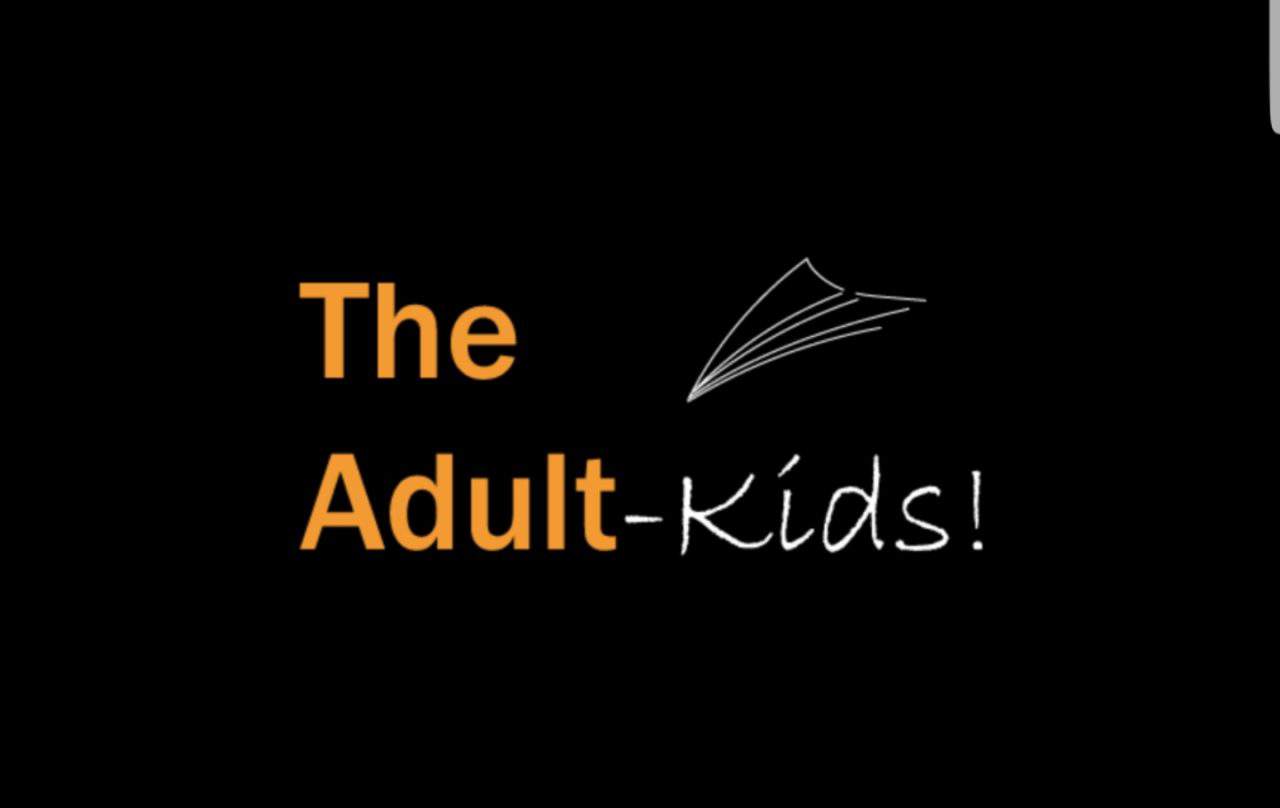 We are The Adult Kids! From Edinburg TX. Our Goal is to share our Music, make friends and have fun doing it. Our EP Soap in A Sock is now out on Spotify, Google play, Apple music, iTunes, Dezzer, and Tidal. 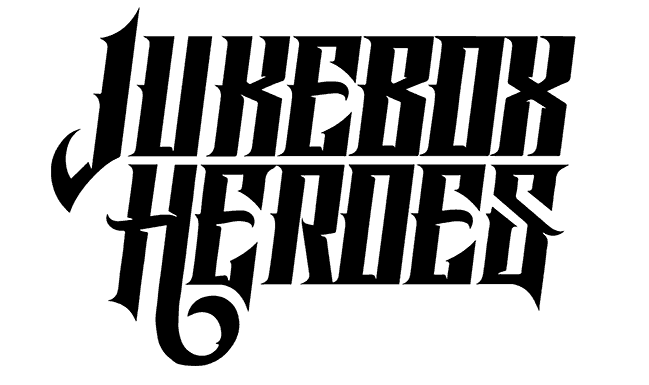 The band has a devoted following with a steady schedule booked month after month playing hit cover music throughout the Rio Grande Valley. 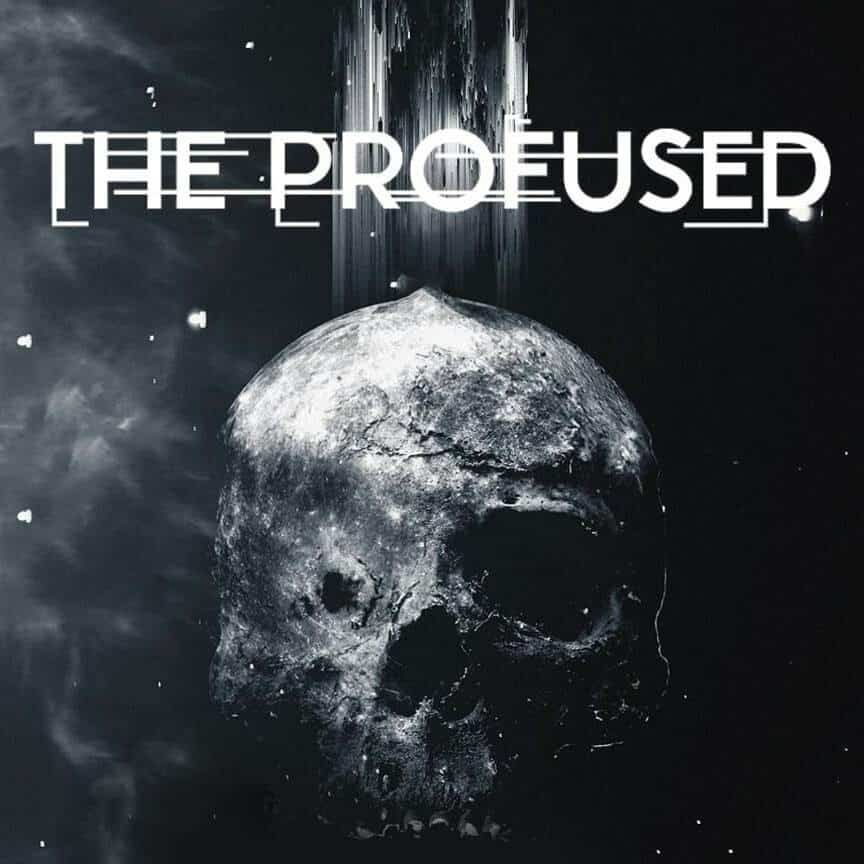 The Profused are bringing riff driven hard rock songs with memorable hooks back to an audience that’s been force fed cookie cutter wanna be pop music that pretends to be hard rock.

Profused recently released their debut EP "Your Ego Kills" thru Confused Records and it is now available on all digital platforms such as Spotify, iTunes, Amazon, Google, Deezer and TIDAL.

The Reverie Band out of Deep South Texas have planted their feet and heart into the local rock scene.
Featuring a female vocalist we are looking to show the world that domination is certain so Watch out world because we are creating our own original music.

Here we come loud, proud and in charge! 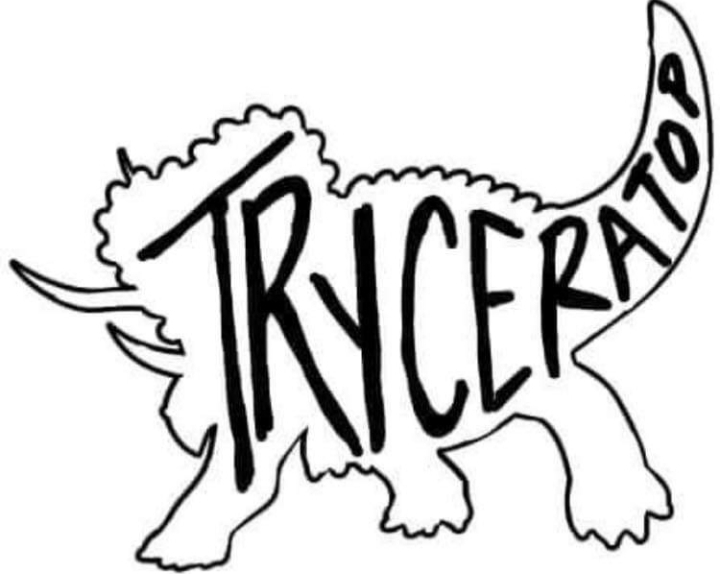 Founded in early 2018... with a total of 15+ songs so far (and many more to come). Jesse writes the songs lyrics, as the rest of the band brings the songs to life with a rich mix of alternative and bluesy punk vibes that will surely give you a feeling of nostalgia.

Our motto is: "Good music should never go into extinction." 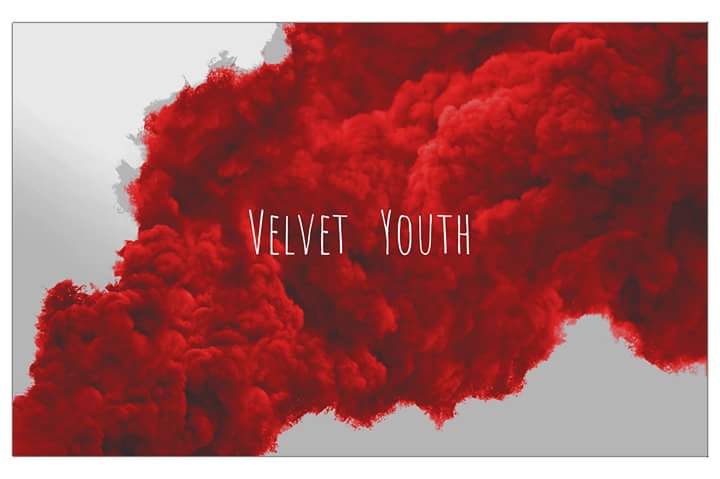 We are from Brownsville TX. We are bringing something new to the valley, and making sure it leaves a mark. 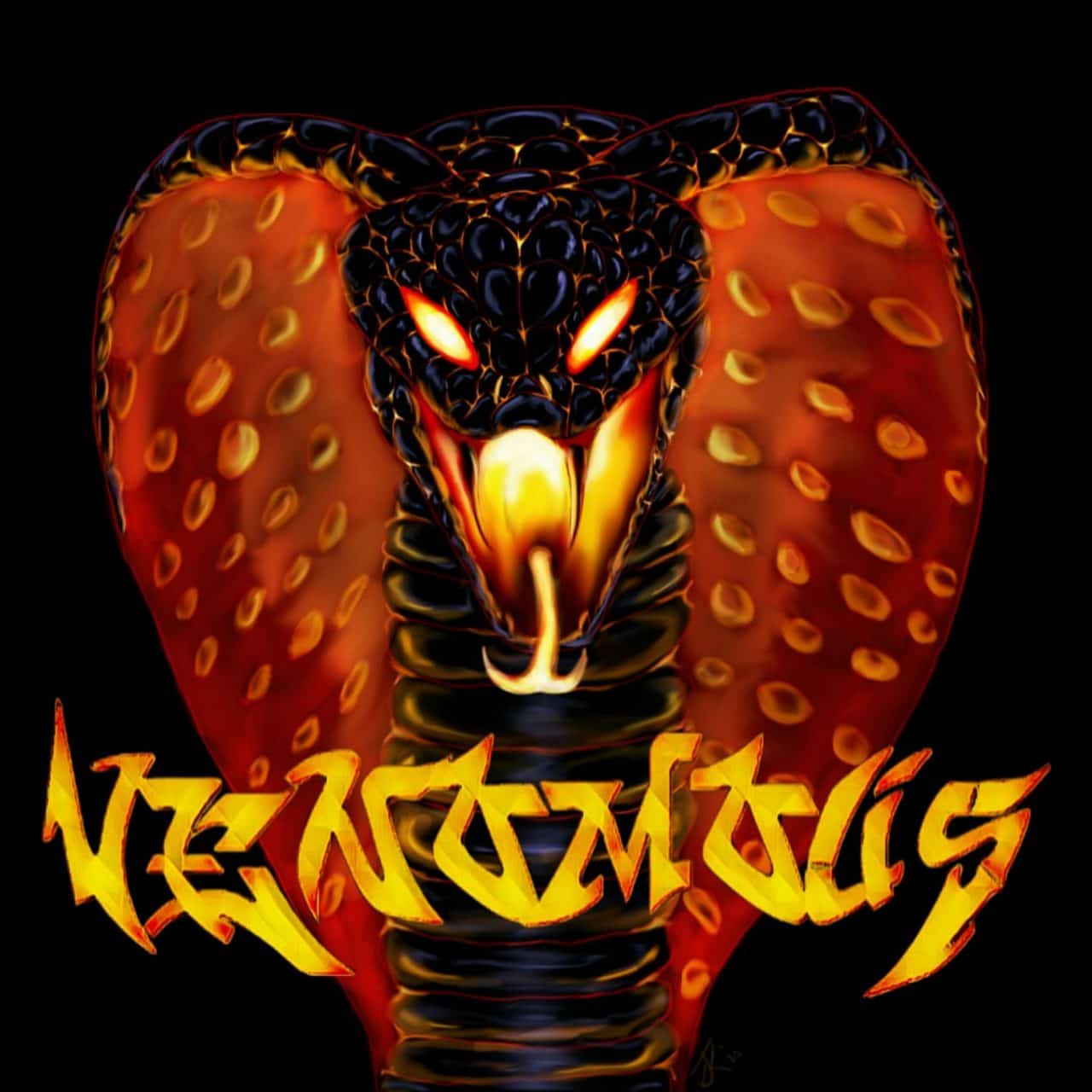 We are 4 guys from Mission,Texas 2 of us are brothers and singers Fenixx and Snakke.. We jam with our band-mates Siv and Beast..

We play original metal songs and we love to party.. We have been involved in several benefit shows including the flood relief show at cine El Rey 2018 and several toys for tots..

We're all fkn VENOMOUS like us or not you're gonna learn to love us. 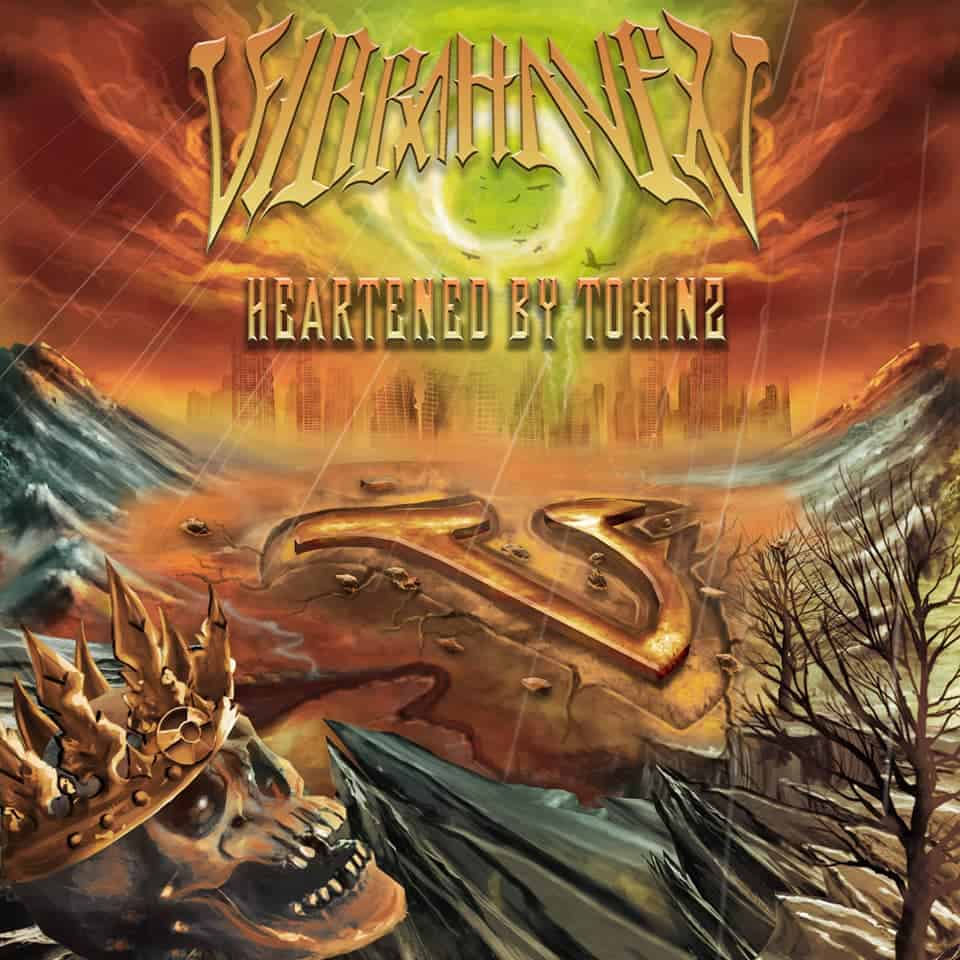 We are a hard rock/metal band consisting of four members that have been jamming together since 2012.
We have numerous of shows under our belt and two albums.
We have also have had the privilege to open for a few national acts like Avatar, September mourning and Saint Diablo. 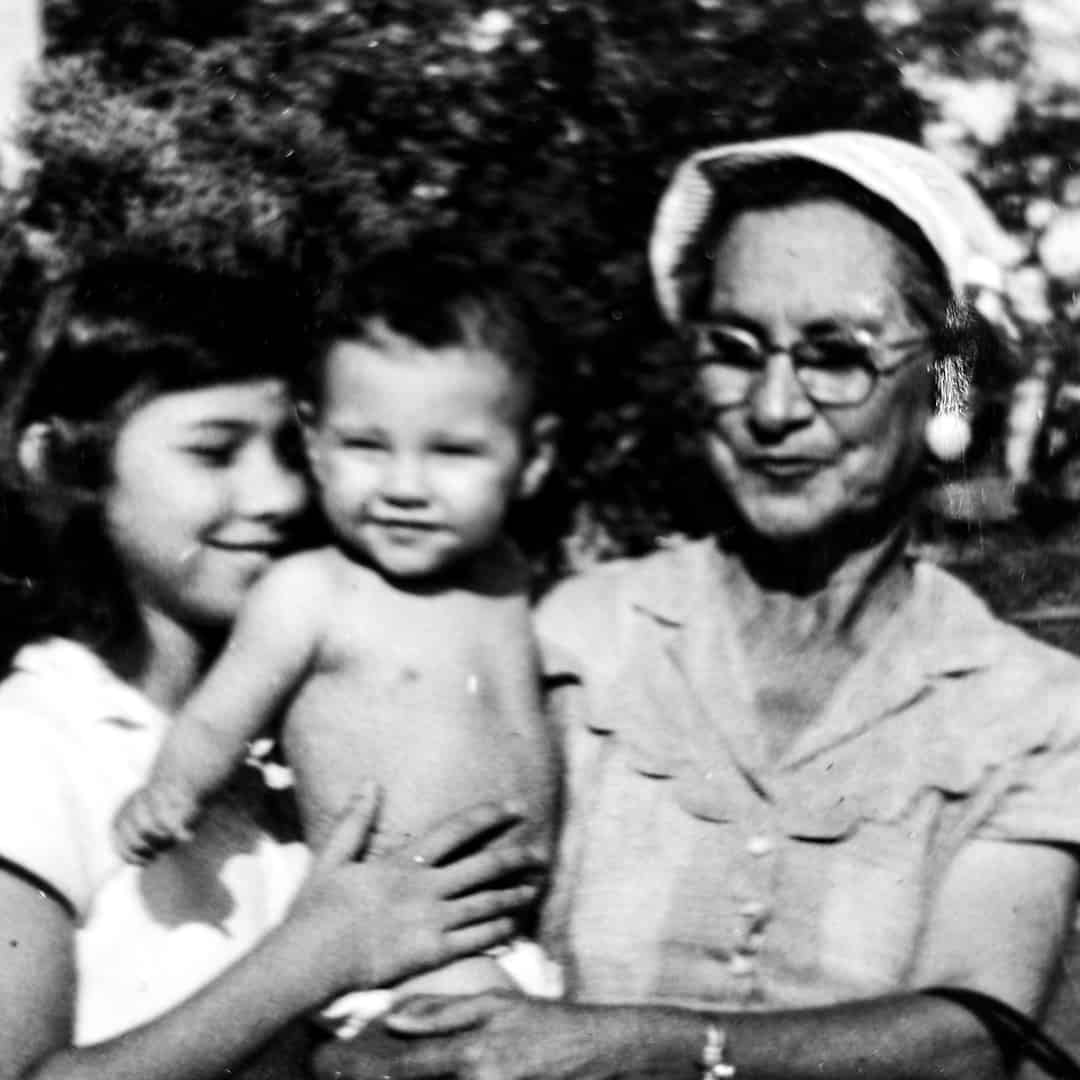 Vintage Station has been playing and writing original music for the past few year. 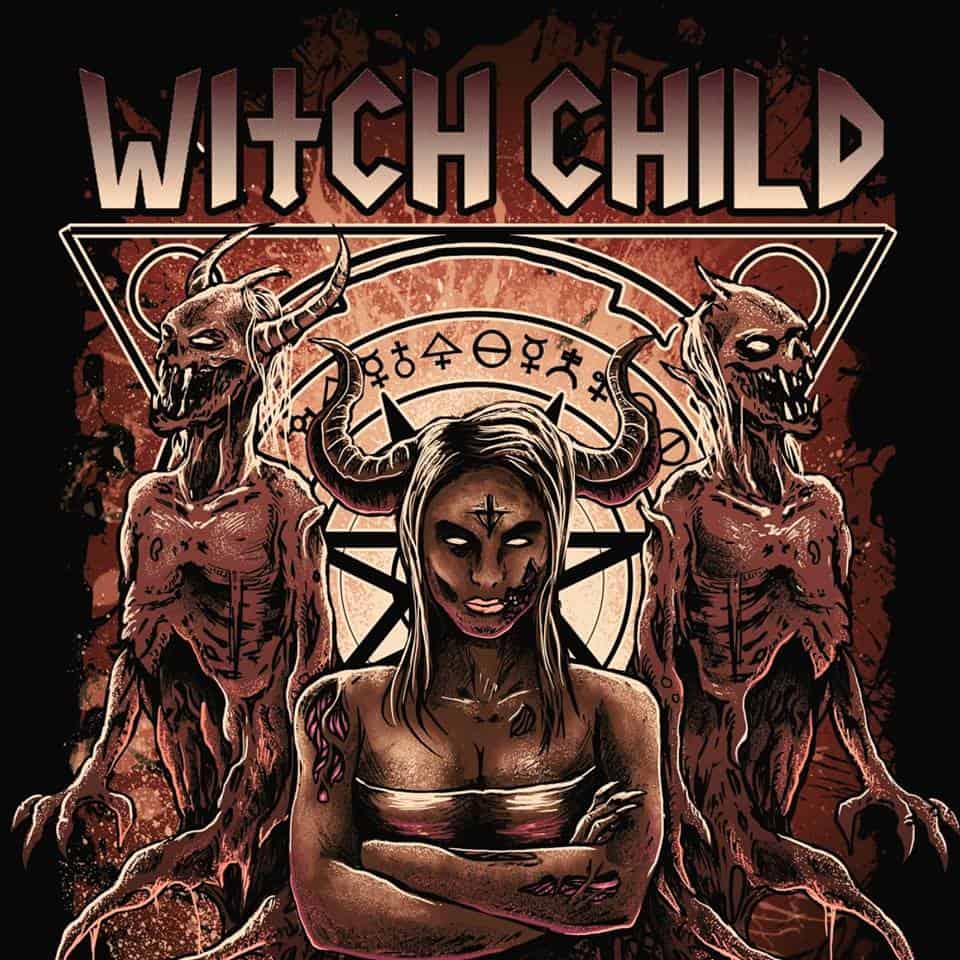 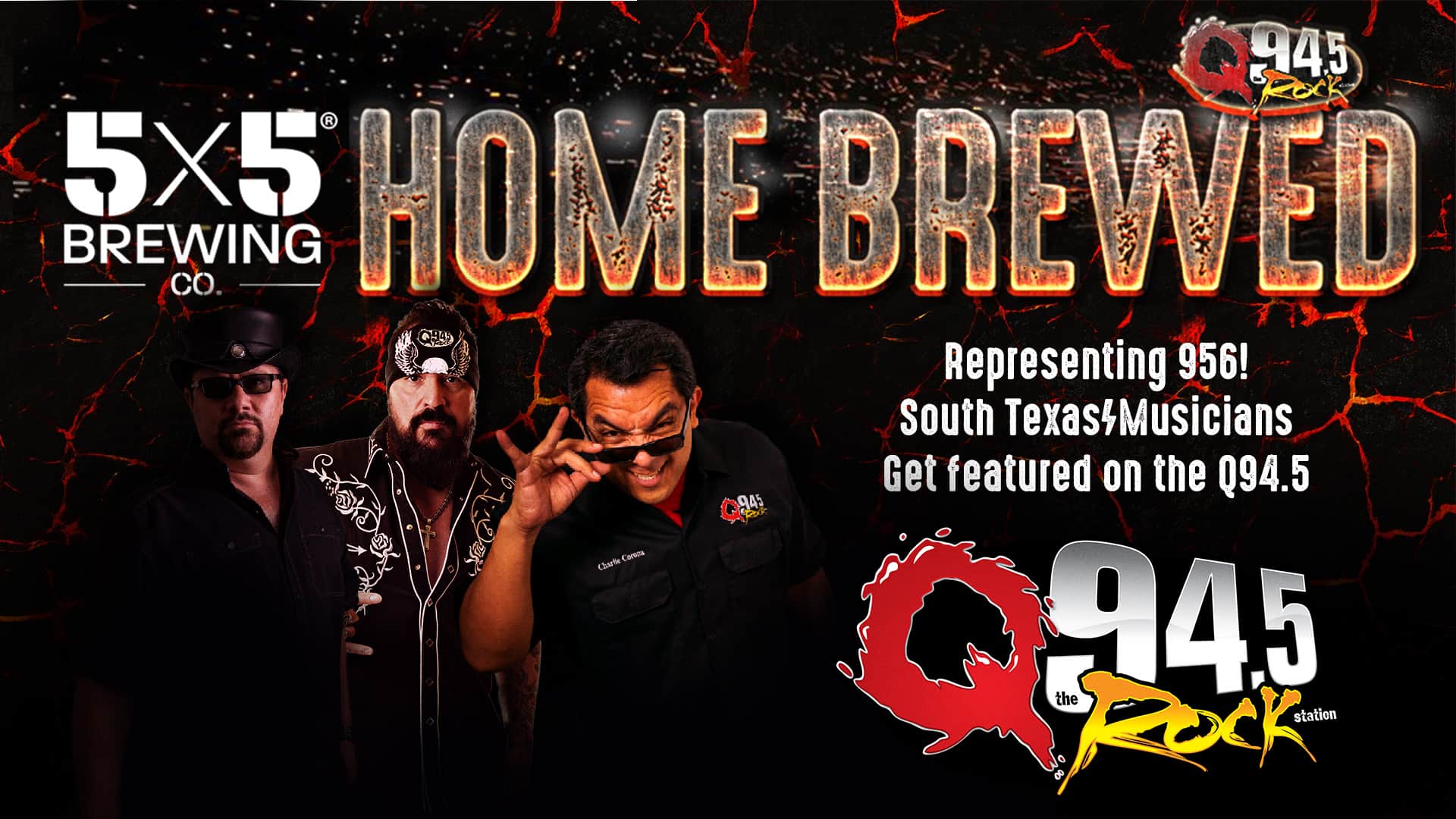