The music world is mourning the loss of Rush legend Neil Peart, who passed away this past Tuesday (January 7th) after a three year battle with brain cancer.

Peart rose to fame as the gifted drummer and lyricist for Rush, credited as one of the best drummers in rock history and many of his fellow rock stars have gone online to pay tribute.

KISS toured with Rush in both band’s early days and frontman Paul Stanley wrote, “Absolutely Horrible News. Neal Peart has died after fighting brain cancer for years. His later life was filled with so much family tragedy. So, so sad. I’m just shocked.”

“My prayers and condolences to the Peart Family, Fans and Friends. Neil was a kind soul. R.I.P……. Rush Drummer Neil Peart Dead at 67”

“It is so devastating to say these words… I am so deeply saddened by the death of one of my brother drummers and dear friend. Neil was a hero to all of us drummers. He was a great man and a great musician. My heart goes out to Alex and Geddy for their loss and all the family, friends, and fans. May he rest in peace and be met by the Lord in heaven. God Bless, Peter Criss”

Former Dream Theater drummer, and the man who was rumored last year as possibly touring with Rush in Neil’s place, Mike Portnoy wrote,

“It absolutely breaks my heart to pieces to get the news of the passing of one of my greatest heroes of all time. #RIPNeilPeart My deepest condolences to the band, crew & family. Rest In Peace my friend. You will always be my hero.”

Foo Fighters’ Dave Grohl, who inducted Rush into the Rock And Roll Hall Of Fame, shared,

“Today, the world lost a true giant in the history of rock & roll. An inspiration to millions with an unmistakable sound who spawned generations of musicians (like myself) to pick up two sticks and chase a dream. A kind, thoughtful, brilliant man who ruled our radios and turntables not only with his drumming, but also his beautiful words.

“I still vividly remember my first listen of ‘2112’ when I was young. It was the first time I really listened to a drummer. And since that day, music has never been the same. His power, precision, and composition was incomparable. He was called ‘The Professor’ for a reason: We all learned from him.

“Thank you, Neil, for making our lives a better place with your music. You will be forever remembered and sorely missed by all of us. And my heartfelt condolences to the RUSH family. God bless Neil Peart.”

“Really sorry to hear about Neil Peart’s passing. He was an amazing drummer and made a huge contribution to Rock music. All my best to Alex and Geddy.”

“What an incredibly sad moment. Neil, Geddy & Alex changed my life as a young aspiring musician. Condolences to the family and @rushtheband organization.”

“It is unbelievably sad to hear that my favorite drummer of all time, Neil Peart, has left us. Very hard to find words to properly express the level of inspiration & influence he had on so so many musicians. He will forever remain at the top of my list. Farewell to a true king.”

“R.I.P. To the drum legend/ lyricist extraordinaire known as Neal Peart!!!! Another rock icon/legend gone much too soon!!! Now he’s in the arms of his wife and daughter again!!!! Godspeed…”

“It is with a heavy heart that I have to acknowledge the passing of Neil on this 10th day of January 2020. I have so many fond memories of good times spent listening to him compose some of the greatest percussive moments on record and working with his lyrics which he took so much care to write for us all to cherish.

“It seems unfathomable that a man could use so much of his brain to enrich our lives and then leave us so abruptly.

“Thank you Neil for all you gave us, I have added a shot of you and me at my 60th birthday – a wonderful memory, thanks for being there and being such a huge part of my life.

“My heartfelt thoughts go out to all the RUSH families, friends and fans on this sad occasion. Broon” 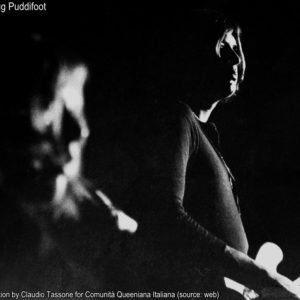 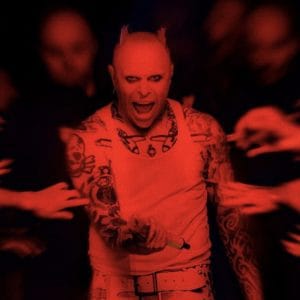 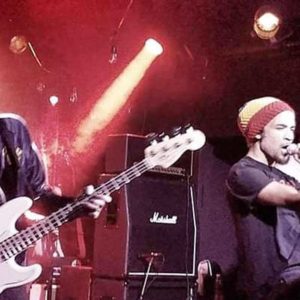