(Oasis) Liam Gallagher Previews ‘As It Was’ Documentary

“As It Was”, a new documentary tracing Liam Gallagher’s return as a solo artist following the demise of Oasis, will see its theatrical and home release this fall.

Directed by Charlie Lightening and Gavin Fitzgerald, the project tells the story of the UK rocker’s search for direction following brother Noel’s 2009 exit from Oasis, the fallout from the breakup and the singer’s initial return with Beady Eye before launching a solo career in 2017 with his debut record, “As You Were.”

“Having known Liam both personally and creatively over the past 10 years, to see him back where he should be, and to see the reaction to him once again has been fantastic,” says Lightning. “For Liam to let me in, to be there to capture it all, up close and personal and to tell the whole story in his own words makes for an amazing film. One of the greatest rock n roll comebacks of all times and you are there with him each step of the way.”

Initially screened in UK cinemas in June, “As It Was” will premiere in US theaters on September 13 ahead of its release via digital HD on September 17 and video-on-demand platforms on October 8.

The documentary is being previewed with a stream of the official video trailer ahead of its arrival next month. 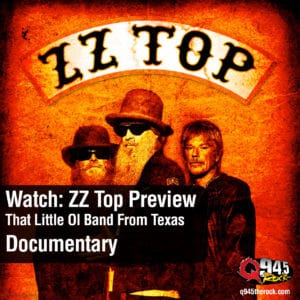