Queensryche has released a lyric video for their track “Inner Unrest” as they prepare to hit the road next week for their The Verdict Tour of the U.S.

The song comes from the band’s latest album “The Verdict”, which was released last spring. Frontman Todd LaTorre had this to say about the track,

“‘Inner Unrest’ is an abstract characterization loosely based on the struggles dealing with PTSD. The internal and external battles one must fight daily.”

Watch the video here and see the dates for The Verdict Tour, which features support from John 5 and Eve To Adam, and kicks off on Jan. 17th in Florida, below: 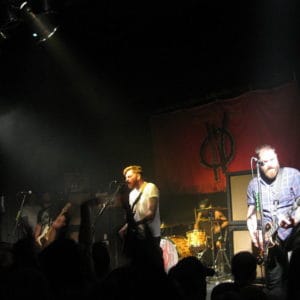