Sharon Osbourne says that she can not watch the hit Queen biopic “Bohemian Rhapsody” and even questions the accuracy of the portrayal of the band in the film.

The wife and manager of Black Sabbath legend Ozzy Osbourne shared her thoughts on the film and Freddie Mercury after she was asked about the management credit in her official bio that included Queen.

She was first asked when she managed the band. She explained, “Oh my gawd. Freddy Mercury, and his girlfriend (Mary Austin) were big friends of mine, and Freddy hated their manager (Norman Sheffield of Trident Recording, Publishing and Management). So they asked me if we would consider taking then on. I said, ‘Of course.’

“I go to my dad and everybody’s over the moon. And that was it. They came to us. That year, probably ’74 or ’75, we had a Christmas party and I had John Reid there who was another friend of mine. And Freddy and John Reid then met, and the rest is history.”

Sharon was then asked what she thought of the blockbuster “Bohemian Rhapsody” biopic. She responded, “I did not like it. I cannot watch it. Listen I know that kid [Rami Malek] got the Oscar, but I can’t watch it.”

The interviewer then brought up some criticism that the filmmakers twisted some facts for the sake of the movie storyline and drama and Sharon said, “But please don’t give me the sh*t in that movie about Brian (May) doing this, and Brian doing that. Brian did what Freddy told him to do, and that’s it.

“And you know what? It’s like finally these two (drummer Roger Taylor and bassist John Deacon) have got to their late 60s, and finally, finally, they have got the attention that they always wanted, but never got because of Freddy.

“As you say, you watched Queen you didn’t give a sh*t about anybody else. You were drawn to Freddy. And who did anyone want to write about? Nobody but Freddy. So there were these frustrated f*** musos that sat at home going, ‘We hate Freddy. We hate Freddy.’ And that was it.” 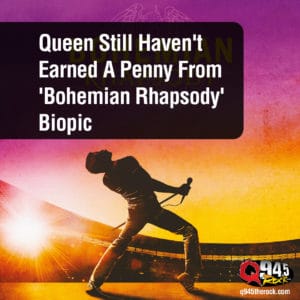 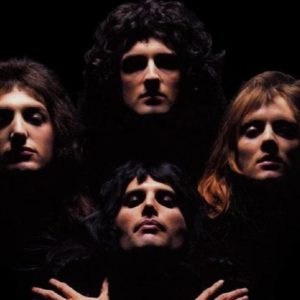 “Bohemian Rhapsody” is the Most-Streamed Song of the 20th Century