Earlier this week, we reported that Slayer sponsoring the No. 54 entry at Bristol Motor Speedway in partnership with Rick Ware Racing to promote the trek. The car, dubbed the Slayer Chevrolet, is being driven by JJ Yeley. Not so fast! Looks like the other sponsors are poor sports and cried to NASCAR and got the band’s sponsorship pulled.

Last week, Slayer announced that it had joined Rick Ware Racing as the primary sponsor for the No. 54 entry at tomorrow’s Bristol Motor Speedway.  Today, reportedly due to reactionary concerns from other long-time participating sponsors, Slayer has been pulled as the primary sponsor, and all Slayer signage has been removed from the car that was to be piloted by Monster Energy NASCAR Cup Series veteran, JJ Yeley.  The incontrovertible PODS Moving & Storage will now sponsor that car.

After nearly 40 years, Slayer apparently remains as terrifying to some as ever. 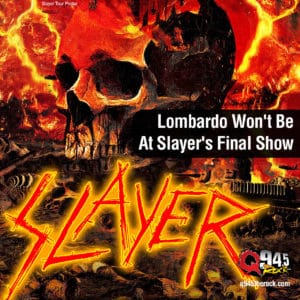 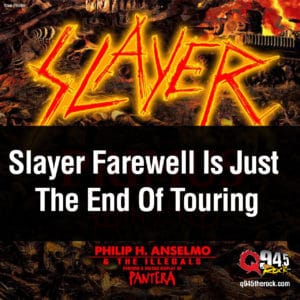 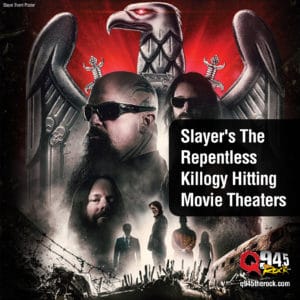