The Stone Temple Pilots are streaming audio of the track, “Miles Away”, from their forthcoming acoustic album, “Perdida.” The song has something of a Spanish vibe to it, featuring Yutong Sharpe on violin, Bill Appleberry on keyboards, and bassist Robert DeLeo on marxophone.

“That was something Robert brought in and he was excited about it,” singer Jeff Gutt tells SPIN. “When Robert comes into the studio excited about an idea, you listen. So we were all ears. After that, the song kind of just fell into place, with all of us working it out. I really gravitated towards it because I can relate it to so many things that have happened in my life. So I tried to put a personal touch on it where I could.”

The band recently canceled a North American tour to launch “Perdida” when Gutt developed a “severely herniated disc,” according to the group, “and doctors have advised immediate surgery which will require weeks of recovery time and physical therapy.

“Thankfully Jeff is expected to make a full recovery and we will continue with our Australian tour with Live and Bush in April, the summer tour with Nickelback, and we hope to reschedule the Perdida tour later this year.” 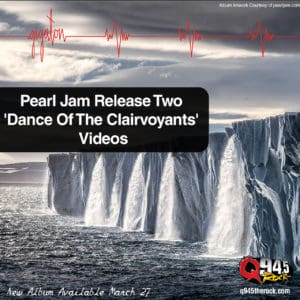