“Ultimate Classic Rock” put together a list of 28 PHOBIAS that various rock stars have been known to have . . . and most of them are interesting or just flat-out WEIRD, but a handful of them are kind of lame.

Here they are, starting with the more common fears:

13.  Alice Cooper and Joe Perry of Aerosmith . . . afraid of NEEDLES

These next three are a little weird, but kind of understandable:

These are just strange:

25.  Brandon Flowers of The Killers . . . fear of the NUMBER 621, which also happens to be his birthday: June 21st.  He claims an Ouija Board once told him he would also DIE on that day.

And these are the ones that are just kind of lame:

(Hit up UltimateClassicRock.com for a little context on each one.) 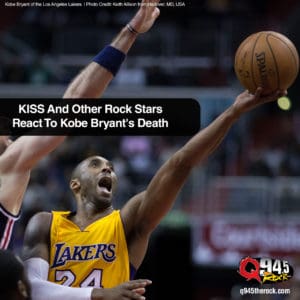 KISS And Other Rock Stars React To Kobe Bryant’s Death