ADVERTISEMENT
KFRQ Q94.5 > Rock Blog > Rock Blog > Woodstock 50 Takes Another Hit: The Venue and the Event Producer Have Backed Out

Woodstock 50 Takes Another Hit: The Venue and the Event Producer Have Backed Out

Woodstock 50 has been circling the drain for months, and its organizers have refused to give up . . . but this may be the final nail in the coffin:

Yesterday, Watkins Glen International officially backed out as the venue, leaving Woodstock without a home . . . with just TWO MONTHS to go before it’s supposed to happen.

Watkins Glen said, quote, “[We’ve] terminated the site license for Woodstock pursuant to provisions of the contract . . . [We] will not be hosting Woodstock 50.”

And yet, the organizers are STILL refusing to pull the plug.

Last night, they said, quote, “We’re in discussions with another venue to host Woodstock 50 on August 16th to the 18th, and look forward to sharing the new location when tickets go on sale in the coming weeks.”

That’s wildly optimistic . . . and if you’ve seen any of those Fyre Festival documentaries, you know what happens when you stubbornly try to force a music festival into existence at the last minute.

At this point, the organizers may be all that Woodstock 50 has . . . like the Fyre Festival, they HAVE a lineup, but it’s unclear how stable that is, now that they’ve lost their initial financiers, and the venue the artists signed on to perform at. 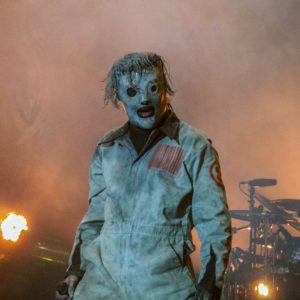 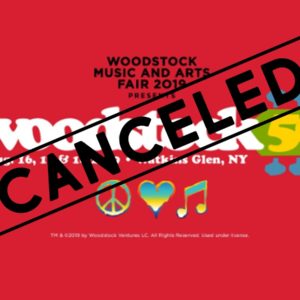 Mercifully, Woodstock 50 Has Been Put Out of Its Misery